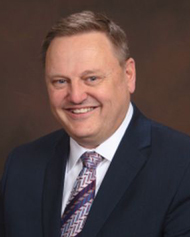 Pastor David Kent earned his B.A. in Theology while attending Christian Life College in Stockton, CA 1987-1991. David and his wife Susan established a church in Bemidji, MN, while working in the financial services industry as a Retirement and Estate Planning Specialist. He held licenses in the Life/Health insurance industry as well as Securities Series 6 and 63 licenses.

In the financial services industry he served as the featured speaker for many corporations, organizations, hospitals, and colleges, including North Country Regional Hospital and Benton County. He is married to his wife Susan, and they have two daughters, Amy and Jennifer, and four grandchildren.

David has been a career church planter and has begun and planted churches in several cities in Minnesota. In 1991-1998 he founded Revival Tabernacle in Bemidji, MN. During this time he was responsible for the purchase of two church properties, a parsonage, and two acres of land. He was able to lead this church to payoff these properties and keep them in a debt free position.