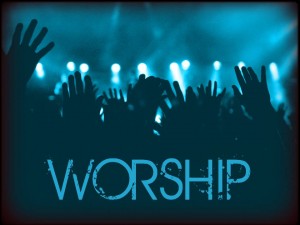 The first quarter in 2009 is quickly coming to a close and summer in Minnesota looks like it might finally arrive.  Christian Life Center has had a busy three months.  Since January, we have had 7 people receive the Holy Ghost, and 4 have been baptized in Jesus Name!  God is definitely adding to the church “such as should be saved!”  This year we have begun a brand new ministry.   Saturday evenings at 6:00 pm we are having a service to serve our many Hispanic people in the Minneapolis area.  Pastor Padilla is leading this ministry and is already filling up the Sanctuary with people wanting to praise the Lord in Spanish.

God has also blessed our church in other areas:  One of our Liberian saints was granted Asylum after a seven year battle with immigration.  I had written letters to our congressmen and also spoke to his lawyer.  His lawyer told me, “There’s not much hope for his case.”  We prayed and God answered our prayers!  Nathaniel testified in church on a Sunday morning by shouting and giving God the praise for his victory!  His wife and children are thankful that their father will not have to leave the country and will be able to stay here in America.

We have seen God heal two women in the first three months of this year. Irene Porte had been admitted to the hospital for a gallbladder problem. The doctors accidently cut into her intestines and sent her home bleeding internally.  After several days, she went back to the hospital extremely sick.  The doctors had to re-open her stomach and stitch up where they had cut her.  When I went to visit with her and pray, she was very weak and could hardly move or speak.  But after we prayed Irene said, “God has given me peace that everything is going to be fine.”  Irene spent three long weeks in the hospital but came home and testified about the healing power of Jesus.

This last week we had a notable miracle occur.  A woman who had been diagnosed with breast cancer revisited her doctor.  They took some more tests and this time the doctor came back with a puzzled expression.  He said, “I don’t know what happened but your tests show that the cancer is gone!”  The three women that had gone to the hospital for support that day shouted all over the lobby of the hospital rejoicing in the victory that God had given.  The prophet Isaiah wrote, “But he was wounded for our transgressions, he was bruised for our iniquities:  the chastisement of our peace was upon him; and by his stripes we are healed” (Isaiah 53:5).

In the midst of all of these things we have found time to remodel our Sanctuary and added 120 more seats and a beautiful new sound booth.  I thank God for all of the hands who worked diligently in making this dream a reality.

We are pushing forward into 2009.  The Gordon Sisters will be with us for a gospel songfest on April 26th and Brother Travis Worthington will kick off the training for our Minneapolis Boot Camp on May 15th-17th.  I am anticipating witnessing God do the miraculous!  He is truly great and greatly to be praised!